On this full day tour your guide will take you past all the hotspots in Soweto.

Come with us on this afternoon and night out in Soweto! Our tour guide knows the area by heart and the locals personally.

Our Soweto and Lion Park tour is designed for those travelers wanting to experience the Culture and Wildlife offered in South Africa.

Soweto is the largest Black residential area in South Africa and has a population of more than 3.5 Million people with the land in extent of 120KM squared.

The tour will take you deep into the township culture, so you can enjoy a personal experience of how vibrant and lively this part of Johannesburg.

EXPERIENCE THE BEST SOWETO DAY TOUR WITH MOAFRICA TOURS A day tour of Soweto offers you the chance to experience the heart and soul of a city that is home to over two million people. It’s a chance to soak up the electric atmosphere of a South African city that has one foot in a turbulent past and one placed firmly in the future. Soweto is a city that vibrates with a sense of hope and optimism for a brighter and better future but continues to pay silent tribute to the price its people paid for their freedom and liberty.

Your Moafrika Tours Soweto guide was born and raised in Soweto. He’ll keep you enthralled for a full three hours; driving past sprawling impoverished suburbs that remind us that many have not escaped the shackles of poverty and on to modern urban belts that showcase an upwelling of wealth and prosperity. You can’t believe how big Soweto is until you’ve spent the day there. Soweto is a smorgasbord of history, culture and authentic living; a quick glimpse of daily life in one of South Africa’s most important cities that will leave a significant imprint on your soul. Come and explore Soweto in a day on a guided tour. Join Moafrika Tours for a fun day in Soweto; walk in the footsteps of the great Nelson Mandela and his good friend, the Archbishop Desmond Tutu down Vilakazi Street that is the only street in the world to house two Nobel Peace Prize Winners. Visit the iconic landmarks of Soweto and meet the likes of Hector Pieterson and Hastings Ndlovu; immortalised as symbols of struggle and oppression, and of hope and resilience. A highlight of a day tour of Soweto is lunch at a local tavern (street restaurant) on Vilakazi Street; the lifeblood of South Africa’s most famous tourist destination. Enjoy authentic African cuisine cooked over an open fire, meet the Shebeen Queens and the Kwaito-loving warm-hearted people of Soweto.

Soweto is located south-west of Johannesburg; the economic capital of South Africa and the city travellers to South Africa arrive in if they fly into OR Tambo International Airport. It’s a sprawling cluster of suburbs once called “townships” and was created in the 1930s as a resettlement area for Black people when the then-government set up segregated residential areas. The name Soweto is an acronym for South Western Township. Orlando was the first township; followed by Doornkop, Klipriviersoog, Diepkloof, Klipspruit and Vogelstruisfontein.. The growth of the Soweto population has been phenomenal, particularly in the period 2001 to 2011. It’s now the biggest black urban settlement in Africa and, although many of its inhabitants are still considered “poor”; they have a combined buying power of over R4 billion. The Johannesburg City Council has invested heavily in Soweto; improving its infrastructure, roads and properties. Large belts of impoverished areas merge seamlessly with affluent sections in Soweto; with an eclectic mix of street markets and corrugated shebeens, and fancy shopping malls, hotels and entertainment centres.

Soweto was once steeped in pain and oppression under the rule of the brutal apartheid government. Photographs of a dying child being carried through the street during the Soweto Uprising and woman fleeing under a hail of rubber bullets bought the city to the attention of the international media and, after a long struggle; to the dawn of democracy. After the Soweto Uprisings and an intense liberation struggle, the city of Soweto has risen from the ashes of apartheid to become a thriving powerhouse in South Africa’s economic landscape. It started as a temporary settlement for gold field works that arrived on mass during the gold rush era looking for work in the 1880s.

Johannesburg became overcrowded and to eradicate the “black spots” in the city, the government of the Transvaal Government transplanted the migrant workers and their families to shanty towns on the outskirts of town. Numbers burgeoned, and conditions were appalling; finally leading to the people organising themselves and embarking on the squatter’s movement of 1944. Soweto gained some degree of independence in 1983 when the collection of townships shifted from being controlled by the Johannesburg City Council to electing its own Black councilors in the Black Local Authorities Act passed by the government.

The councilors were not give financial resources to run Soweto and housing and infrastructure was not addressed, creating a very unhappy and restless environment. Another bizarre apartheid-era law was that formal employment was not allowed in Soweto. Residents had to commute long distances to places of work; often leaving home before the sun came up and getting home long after dark. Informal markets sprang up in Soweto and we saw the birth of illegal shebeens (township bars) and the infamous Shebeen Queens. A long and turbulent time followed as the people of Soweto gathered themselves into a powerful struggle movement that would eventually see the end of oppression and suffering and the dawn of democracy.

The great Nelson Mandela and Desmond Tutu, along with liberation heroes far and wide, relentlessly pursued freedom and equality for all and their heroism is immortalised in the many landmarks and features found today in Soweto.

WHY YOU SHOULD VISIT SOWETO

Most visitors on a day tour of Soweto expect a history lesson on the city’s dark and turbulent past; only to find there is a whole other side to spending time in this vibrant city. Soweto has become one of South Africa’s most popular tourist destinations, and a focus of a day to Soweto is visiting the iconic landmarks, learning about the history of Soweto and understanding how its past has shaped its future.

But you will also find that Soweto is a city of contrasts; it is rich in history which one reason to visit Soweto, but it is also home to an exciting new generation that embraces a heady mix of authentic African traditions and modern lifestyles. Soweto has some of the best restaurants in Johannesburg, the nightlife is great, and the people are warmhearted and welcoming.

It’s a multi-cultural city with a predominantly Black population; but you’ll hear everything from Zulu and Sotho to English and Tsonga being spoken on the streets. It’s a melting pot of culture, especially among the youngsters who have their own Soweto slang, dress style and gait that makes them uniquely Sowetean. The people of Soweto exude a cosmopolitan sense of style and there is a lot of Western influence in their modern lifestyles; but on Vilakazi Street which is the lifeblood of the city, there’s still a strong sense of Soweto in everyone you meet.

PLACES TO VISIT ON A TOUR OF SOWETO

Soweto is vast; it’s home to over 2 million people and is a collection of towns that were grouped together to become the Soweto we know it today. Moafrika Tours takes you to historical sights and landmarks in Soweto and, when that is covered, introduces you to the real Soweto. We’ve picked our favourite things to do in Soweto and hope you get to enjoy them as much as we do. We can also plan your itinerary with you that will fit into your budget and to make sure your day trip package is full of Soweto hot spots, sightseeing and that you will explore Soweto in the best way possible. You’ll probably have to come back to Soweto for another visit as one day in Soweto is not enough time to experience this incredible, vibey city and its colourful people.

EATING OUT IN SOWETO

Soweto has some of the best restaurants in Johannesburg but if you want an authentic African township experience; find a hot spot on Vilakazi Street and enjoy the experience. You can keep it formal and dine in an established restaurant or you can do it the Soweto way with meal at one of the popular taverns (street cafes) where meat is cooked over an open fire and served with delicious authentic side dishes. Quench your thirst with a glass of Soweto’s favourite brew. A good chesa nyama meal is usually accompanied with a glass or two of umqombothi; a popular traditional home-brewed beer made from sorghum mixed with maize meal, water and yeast and left to ferment. A few of the most popular places to eat in Soweto are:

THINGS TO DO IN SOWETO

What to do in Soweto today? Come back to Soweto for another fun day touring the city as there is so much more to do in the city than visit historical landmarks and eat out in Vilakazi Street. Explore Soweto on foot, a bicycle or a funky tuk-tuk. Keep to the main tourist areas if you don’t know the city and you’ll have more fun than you can pack in a day. Book a half or full-day cycling tour with a local guide and discover the real Soweto. If that sounds like too much effort, a Soweto tuk-tuk is a fun way to explore the city. At MoAfrika we can arrange for transfers and bus tours from Johannesburg, Pretoria, Durban, Cape Town and Port Elizabeth for you to come and experience the best Soweto day Tours. 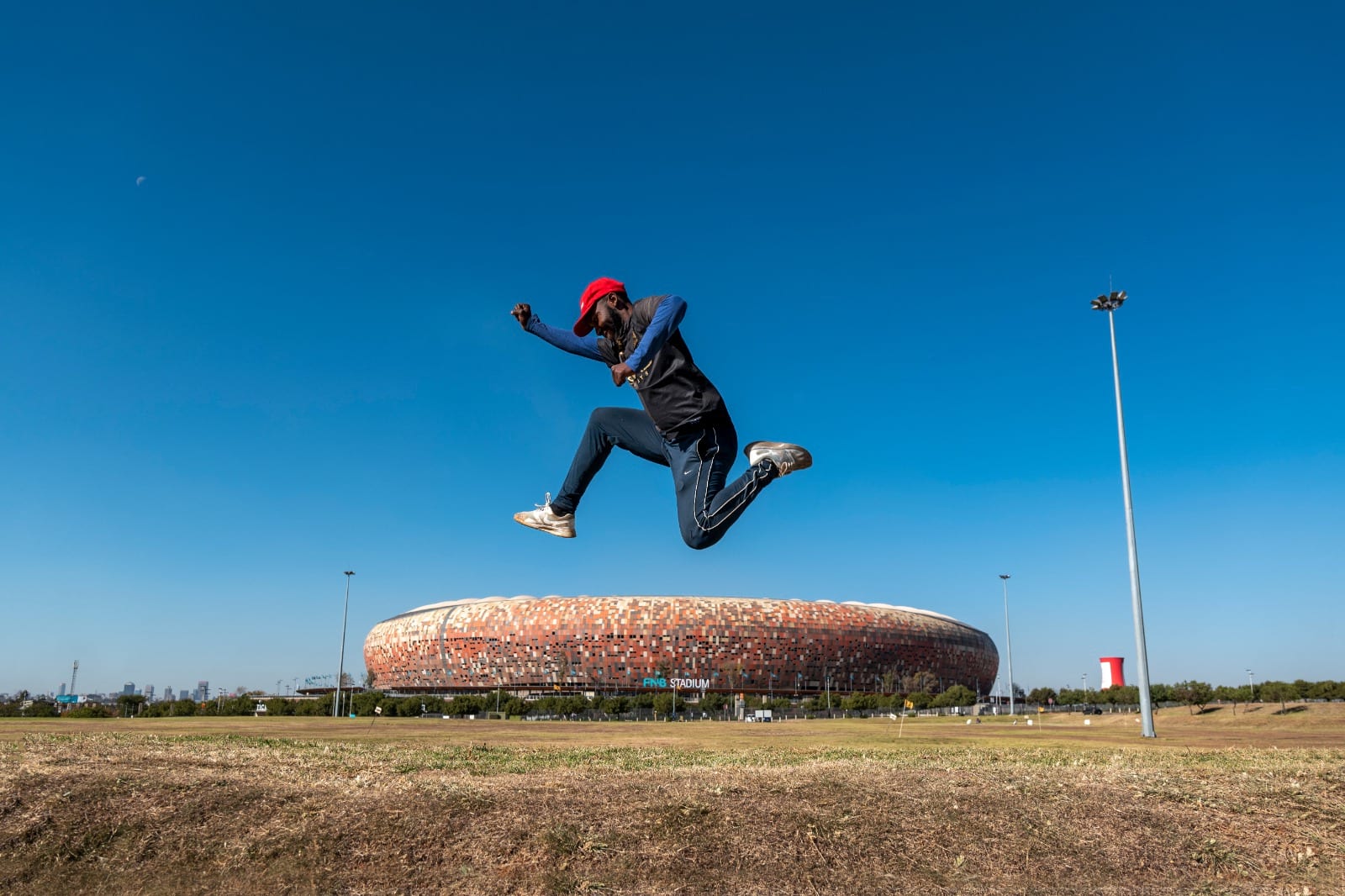 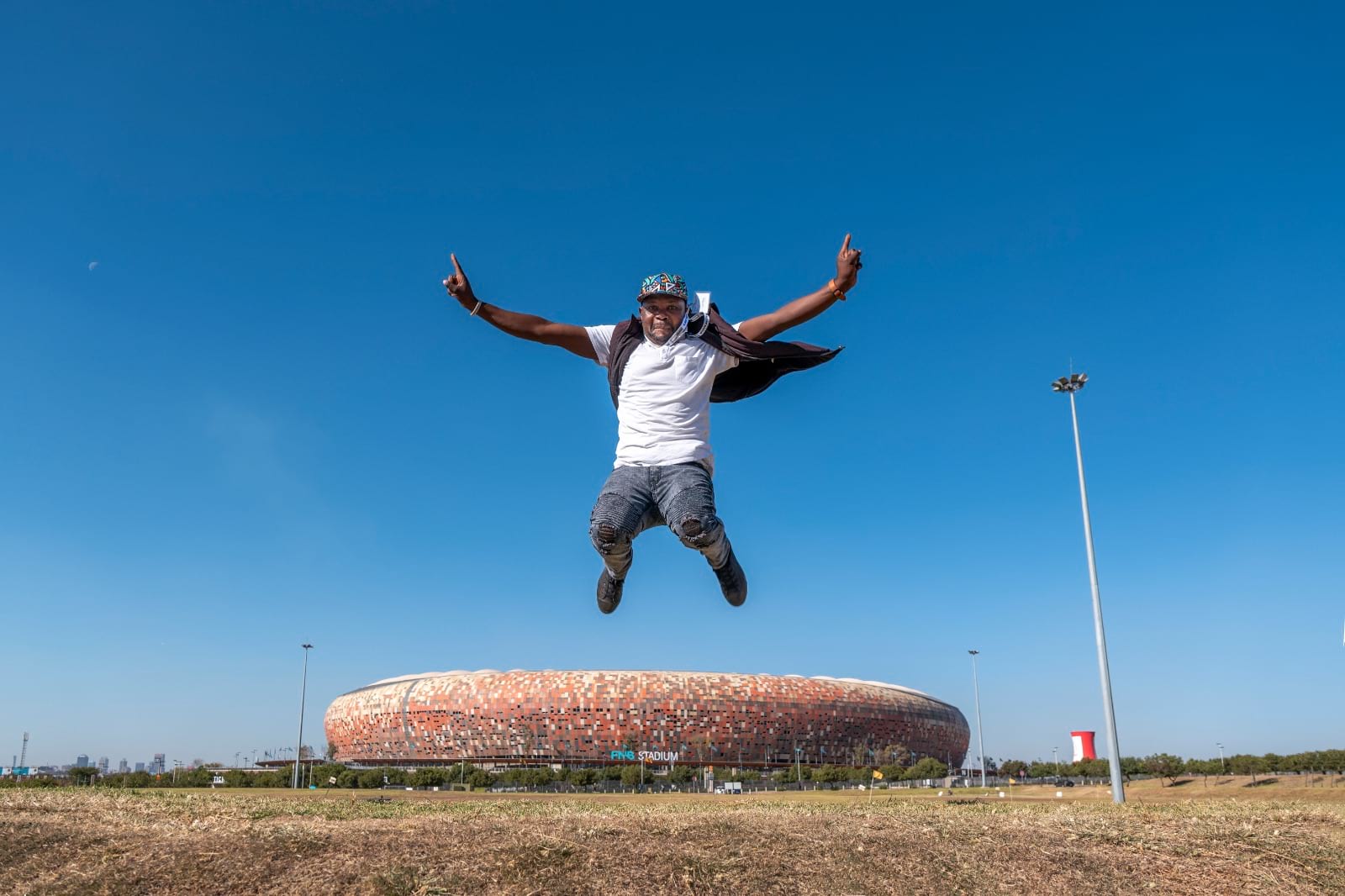 Moafrika Tours is a leading tour operator in South Africa, offering an array of day tours and long-stay tours to South Africa's most popular destinations. Join us for a Johannesburg tour including the Apartheid Museum and Constitutional Hill, Pretoria tour including Voortrekker Monument and the Houses of Parliament, and a Pilanesberg tour or Kruger Park tour for a Big Five safari.

Can't find what you are looking for? Contact MoAfrika for our affordable 2019/2020 day tour packages. View our prices and availability for local guided day trips in Gauteng.

Most Viewed Safari Packages in the last 7 days: